My Thoughts (Written in 2007): The 9/11 'Truth' movement has turned into a very strange and complex movement that will only fail unless something is done. Infiltrators have come in with 'New' theories that are not supported at all by history.

Alex Jones and others have collected bits and pieces of history which seems to support his theory but much is left out. Whatever information I provide on my site regarding 9/11 is only to show different thoughts and beliefs of what happened on 9/11 and do not necessarily express my views. -Thomas Richards

Dylan Avery, Producer of Loose Change (Louder Than Words Productions) conveniently posed in front of the Roman Pagan Goddess. "Father McGraw. He was a trial attorney for the US DoJ (Department of Justice) for 5 years prior to becoming a man of the cloth. He had told us that he became a priest only a couple months before 9/11." ~More

Milton William “Bill” Cooper: Shot outside his home on the 5th of November, 2001. The shooting, or assassination rather involved several officers from the local sheriff's department. The story is very strange. Sounds like a CIA Black Ops more than anything. You can read more about it here: LINK . I've read a lot of garbage being said about Bill on the internet but all I know is he exposed the CIA, the Knights of Malta and tied it all together very nicely with 9/11. It's hard to take someone serious when they try to bad mouth a guy who was killed for telling the truth like Bill Cooper did. Sounds like some spooks are still trying to smear him to this day.

Bill Cooper predicts 9/11 before Alex Jones and Cooper tells how he knew HERE (unlike Alex Jones who claimed he "received some intelligence" from someone. I wonder who. Perhaps he was listening to Bill Cooper's radio program on July 26th 2001, because it was the next month when Alex began telling of this mysterious source that informed him that Bin Laden would take the blame for a major assault on U.S interests.

Also check out my New Page I put together on William Cooper.

Eckert died at age 57 on February 12, 2009, in the crash of Colgan Air Flight 3407 in Clarence Center, New York. She had met with President Barack Obama just a few days before her death in her role as an advocate for those affected by 9/11.

Beverly Eckert was one of the most vocal family members who refused the governments high-pressure settlement attempt after her husband, Sean Rooney, was killed in the World Trade Center on September 11, 2001. Ms. Eckert was a leading advocate for the creation of the 9/11 Commission and served as a member of the 9/11 Family Steering Committee for the 9/11 Commission, but she is best known for her open letter to America titled, My Silence Cannot Be Bought, which was published on December 19, 2003 on the Opinion Page of the USA Today Newspaper. Please take a moment to read this very important message that Beverly Eckert so desperately wanted to communicate to us. Here is a small excerpt from that letter.

“By suing, I’ve forfeited the “$1.8 million average award” for a death claim I could have collected under the fund. Nor do I have any illusions about winning money in my suit. What I do know is I owe it to my husband, whose death I believe could have been avoided, to see that all of those responsible are held accountable. If we don’t get answers to what went wrong, there will be a next time. And instead of 3,000 dead, it will be 10,000.” -Beverly Eckert (9/11 widow and American Patriot)

I hope you will read her entire letter here:

My Silence Cannot Be Bought by Beverly Eckert

"Ms. Eckert refused to sell out her husband’s memory, and made it her life’s purpose to find out what truly happened to our fellow countrymen and her life partner on that fateful September morning. She also adamantly spoke out against the wars in Afghanistan and Iraq. Just days after meeting with President Obama to discuss 9/11, Beverly Eckert’s life was abruptly ended when her plane crashed in route to Buffalo, NY on February 12, 2009. She is one of the bravest and most loyal American citizens in the history of this country. Now that she is unable to continue seeking TRUTH & JUSTICE regarding 9/11, I hope many of you will join me in helping carry the torch on her behalf!" ~Credit

"Minneapolis Police confirm the victim who was shot (by allegedly Somali gangsters) in Uptown Saturday night has passed away. Friends identify the victim as 25-year-old Michael Zebuhr.

Zebuhr was a Ph.D. candidate at Clemson University in South Carolina. He was studying bioengineering and his goal was to become a college professor." ~Article

Hunter Thompson:
Supposedly committed suicide. Before his death He’d been working on a story about the World Trade Center attacks and had stumbled across what he felt was hard evidence showing the towers had been brought down not by the airplanes that flew into them but by explosive charges set off in their foundations. Now he thought someone was out to stop him publishing it: "They’re gonna make it look like suicide," he said. "I know how these bastards think . ."

John O'Neil: One of the world's top experts on Osama Bin Laden and Al Qaeda. Died on his second day of work on 9/11/01 in the WTC. Watch "Who Killed John O'Neil?"

Yale student Suzanne Jovin: Was brutally stabbed 17 times on the night of Dec. 4, 1998, four days before her senior thesis was due. The police say the killer was someone she knew and drove her to the scene.

The only publicly named suspect was her thesis advisor and Professor who was Navy Intelligence and had top Pentagon security clearance! What was Suzanne's thesis subject was about?
She was writing about OSAMA BIN LADEN!!!

Other strange figures in the movement:

Link to some of my research on Arch-Bishop Dr. Robert M. Bowman 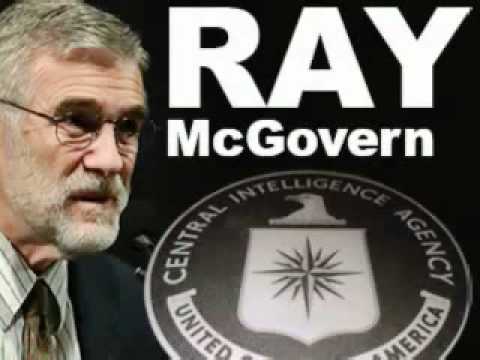 Ex-CIA? I have a lot of trouble believing there really is such thing. Just because of the nature of their prior work I would ban them from having anything to do with the "Truth Movement" (Just in case)

Thomas Braden supposedly left the CIA also. He then went on to own a newspaper and worked with Pat Buchanan for 9 YEARS. There are 16 articles mentioning Pat Buchanan on infowars.com in a positive light. (Start putting pieces together) Thomas Braden's specialty was media manipulation via Project Mockingbird.

Any Question or Comments you may email me